If I’ve learned anything from my experience as a data scientist who worked mostly with statistics, it would be that model specification is a much important aspect of statistical analysis than any calculations of p-values and confidence intervals. In this article, I select one of many scenarios that can render confidence intervals and p-values invalid. 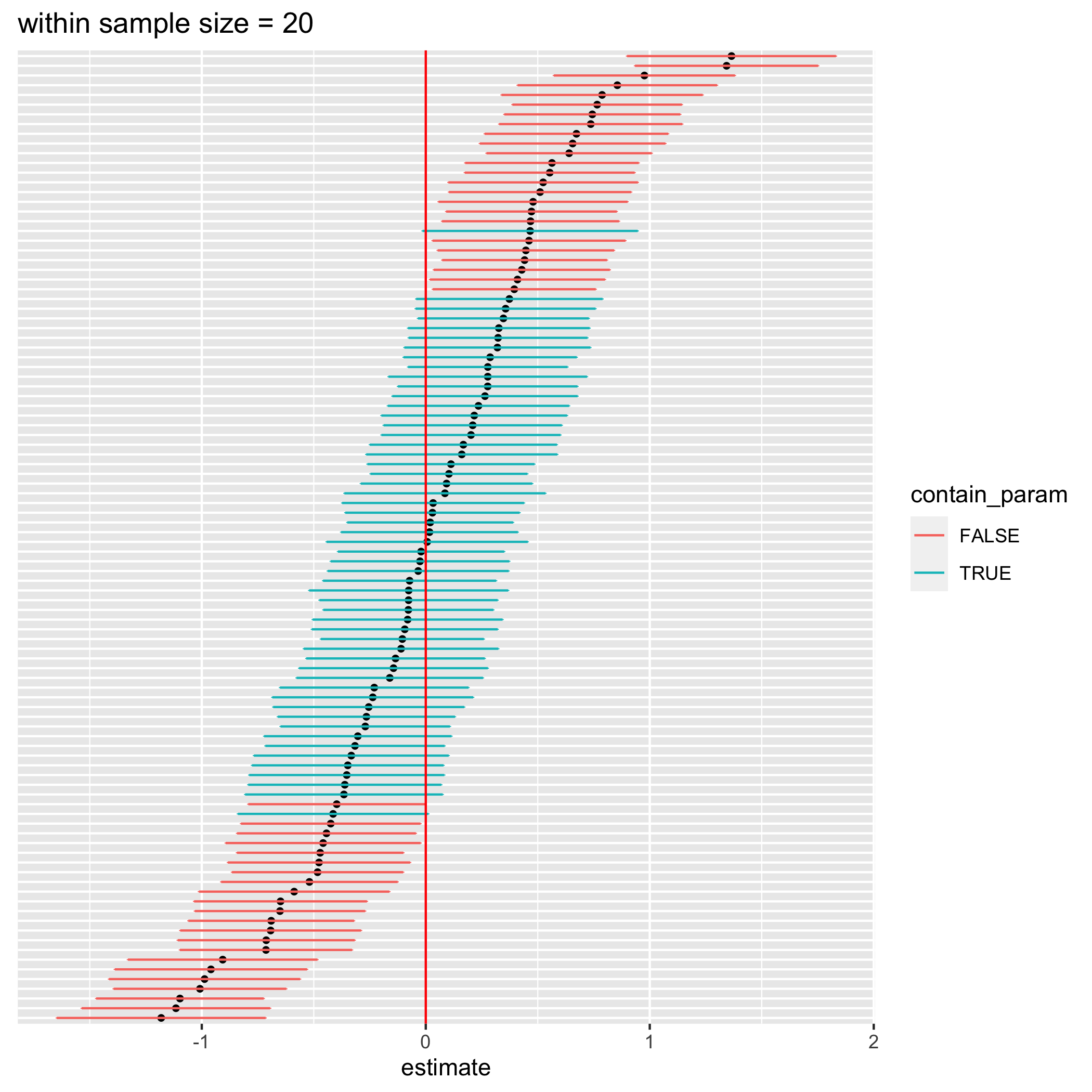 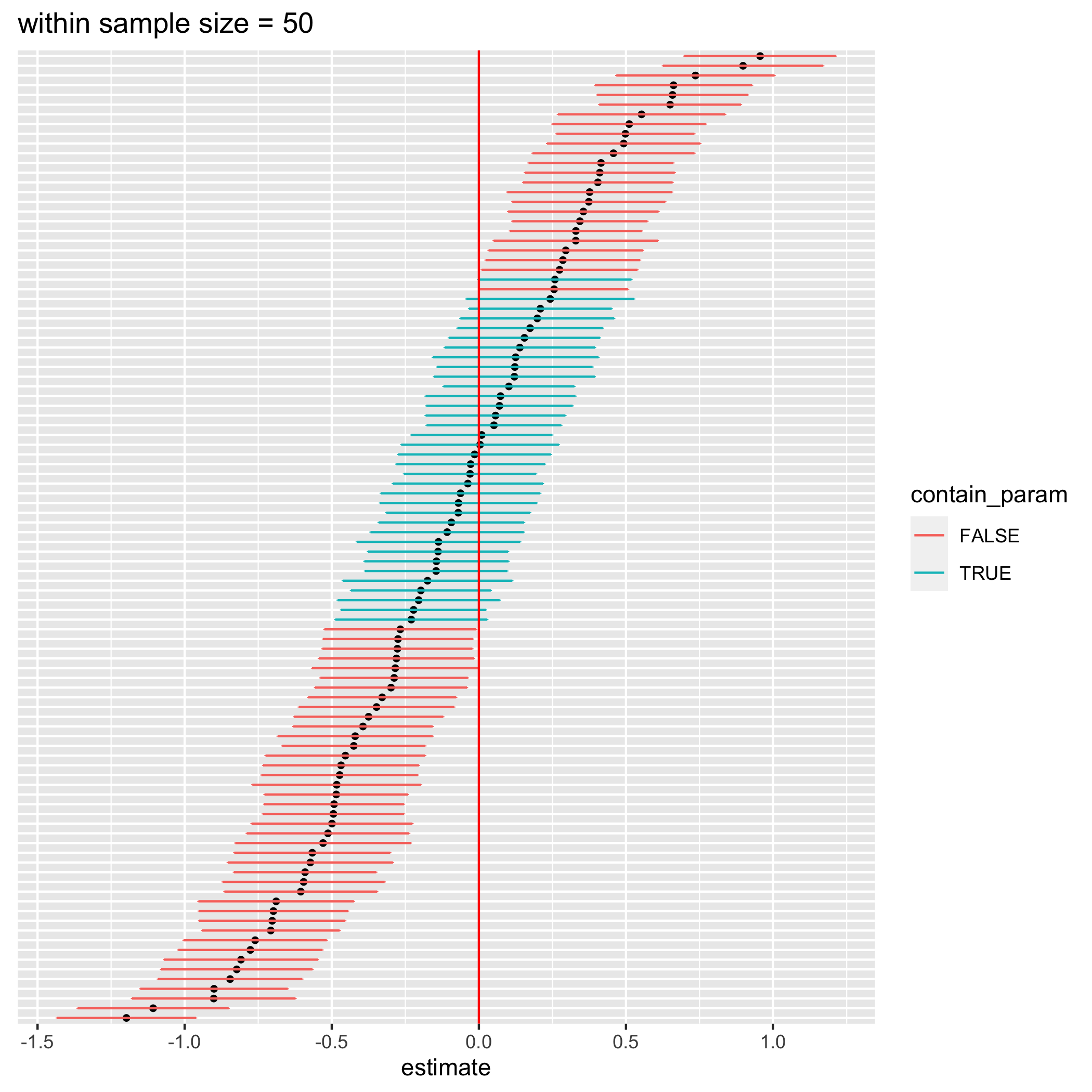 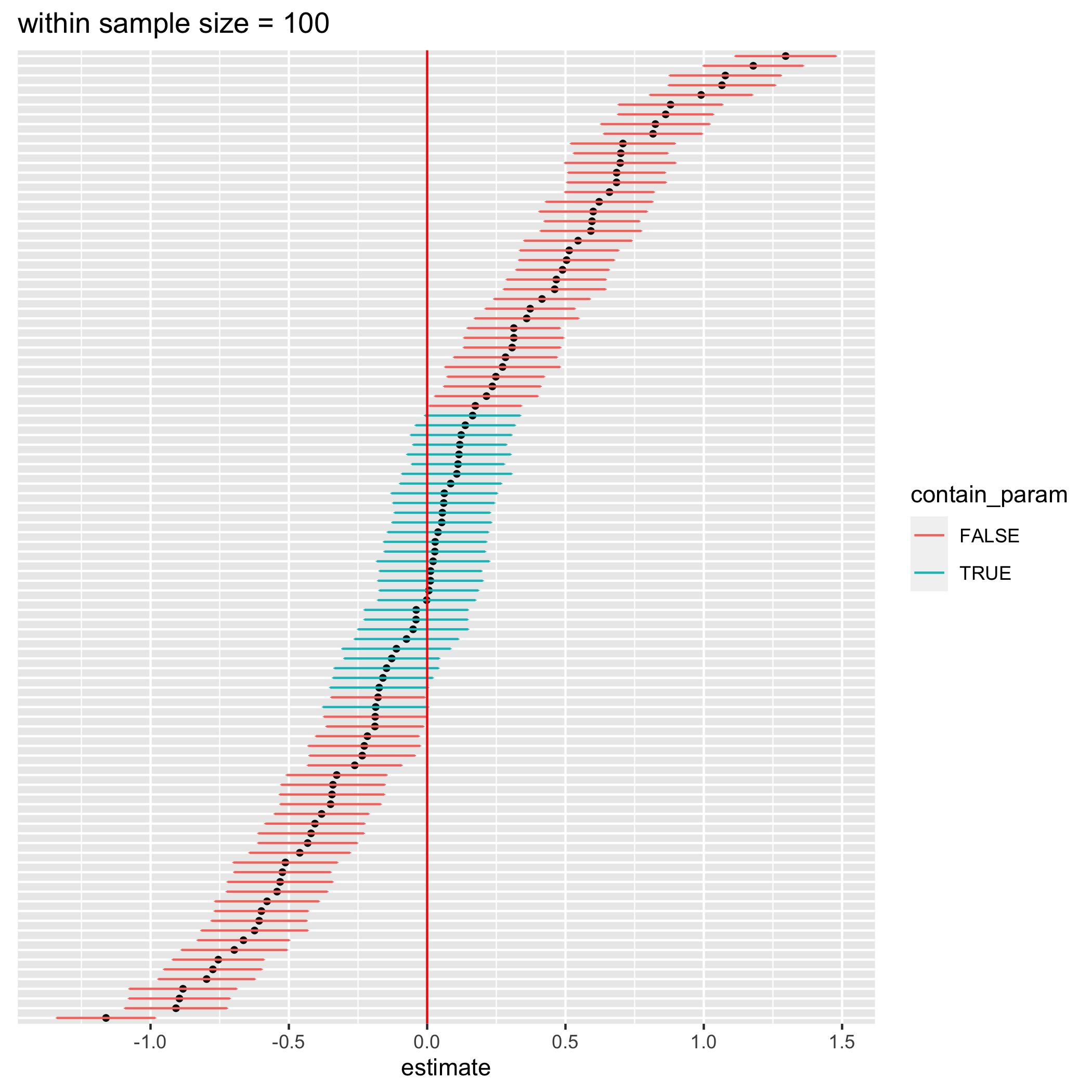 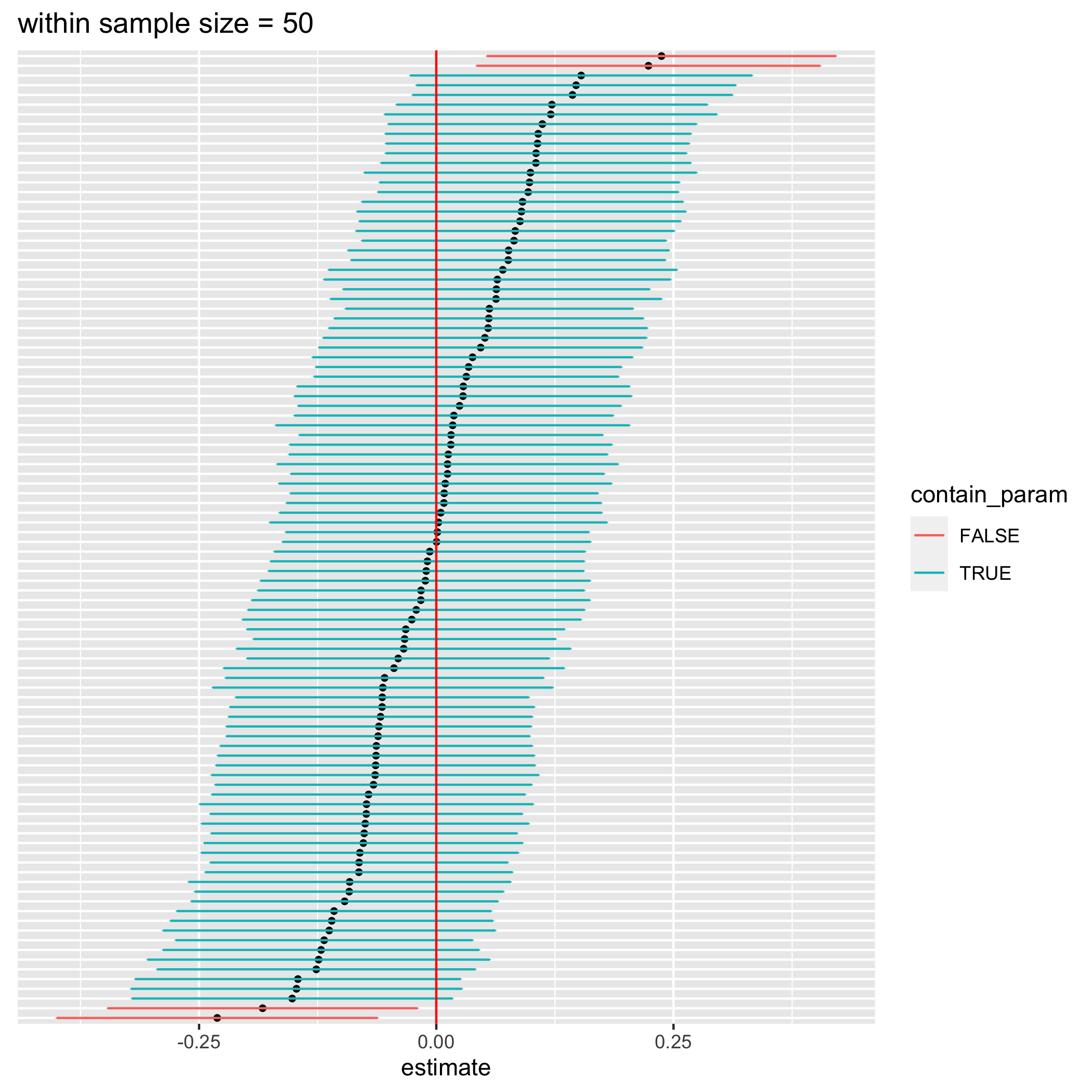 figure 2. 100 confidence intervals from a t-test of a non-varying effect between student data model

Now, most of the confidence intervals contain the true parameter value even with the t-test. But what if there’s a real variation in the between-student effect, and we want to account for it? A method to handle additional variance is to use multilevel/hierarchical/mixed effect model. This family of models will allow you to specify an additional level of data that causes a variation in the effect. In this example, that is the student-level variation. This model will also allow us to estimate effects for each level unit separately. Meaning, in this case, we can obtain the effect of the tutoring class for each individual student as well, but we will ignore them for now. 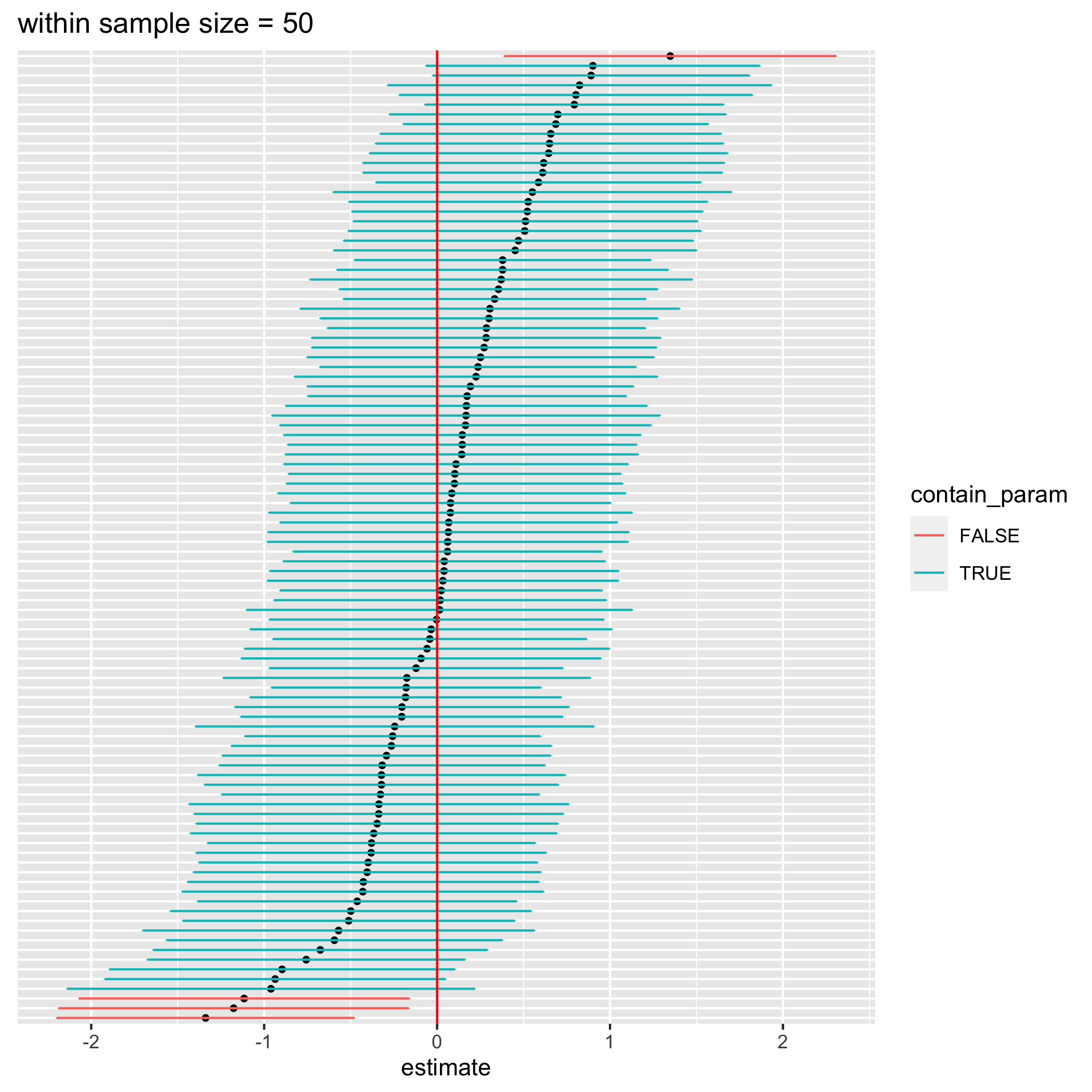 figure 3. 100 confidence intervals from an estimate in a mixed effect model when there’s a variation in tutoring effect between students

The above figure shows 95% confidence intervals of the tutoring effect when we use a mixed effect model instead of a t-test (or regular OLS). The confidence intervals become much wider (not overconfident) and contain the true parameter value (0) roughly 95% of the time now.

One thing you should be aware of is that statistical inference with mixed effect model can be tricky and requires a specific algorithm to calculate confidence intervals and p-values. In the frequentist paradigm, once you move beyond traditional statistical tests, inferences (or the quantification of uncertainty) become more complicated, and there might not be ready-to-use tools to carry it out. Another thing is when you use the mixed effect model, the average effect could become a little less relevant. Do you care about the average effect or the individual-specific effect? The answer is can vary depending on your research question.